Lacrosse is a high action organized sport and its roots can be traced back to the tribes inhabiting in present day Canada and North America. Over the years, it has become one of the most popular games played in these regions- officially. Initially it was played by men but women’s lacrosse is also popular nowadays. There are both similarities and differences between women’s and men’s lacrosse. Both types of games rely on hand-eye coordination and physical stamina. However, the differences crop up when you analyze a number of aspects related to the games.

Listed below are the differences between lacrosse played by men and women:

One major difference between men’s and women’s lacrosse is that the former allows checking while the latter does not. This means the male lacrosse players have the risk of getting pocked or bumped with sticks. However, violent checking can disqualify a player- much like it happens in hockey. However, risks of injury are there and so male lacrosse players need to wear more protective years compared to the female players. The protective gears used by the male players include helmets, elbow pads, gloves and shoulder pads. The female players typically use mouth guards and goggles.

The sticks used in men’s and women’s lacrosse may look similar but the differences become clearer if you inspect them up close. The pockets used in men’s and women’s lacrosse sticks are not similar. The sticks used by male players typically have deeper pockets and that is why carrying the ball becomes easier. Also, in men’s lacrosse the players in defense have sticks with longer shafts. In women’s version of lacrosse, every player barring the goalie use same type of stick. In both versions of the game, the goalie’s sticks have larger head than others. Typically, the female lacrosse players use shorter sticks than the male counterparts. Nowadays, male players also sometimes use shorter sticks in this game.

The mesh and pockets of the sticks used in lacrosse for both genders are somewhat different. The male players have sticks with wider and deeper pockets. The pocket is made with synthetic mesh. You can also find materials like nylon strings and hockey skate laces. Women’s stick heads usually have shallower pocket as well as shorter sidewalls and the pockets are made of cross-lacing, synthetic thongs or leather.

The number of players used in women’s and men’s lacrosse are not same either. In women’s game each team has 12 players- six defensive, five offensive and a goalie. In the male version of the game, the teams have 10 players each. In this, there is one goalie and 3 attackers, midfielders and defensive players. The playing area also differs for the genders. In women’s lacrosse the playing zone has a size of 120×70-yard. For men’s version the size is 110×60-yards.

Despite some key differences between the male and female versions of lacrosse the level of excitement and high octane actions do not change. All players have to abide by the league rules. 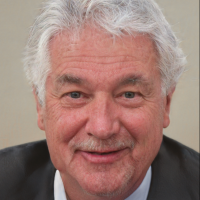 Stephen Leo is a passionate paddler and he has made his hobby a career and is extremely happy about it. He is also a fitness fanatic and he loves whitewater kayaking. When he is not paddling, he likes to contribute to popular kayak journals like – Kayak Manual.
View all posts

5 Simple Tips to Keep the Fire of Marital Love Burning

Useful Tips on How to Not Ruin Your Wedding Photos

Advantages of Being an Independent Traveler